How to open regular Jupyter Notebooks?

Hi, i’m kind of new to the Data Science community, starting my studies.

I’m trying to follow a mooc, which is based in jupyter notebooks. I’d like to be able to open the provided notebook files, .ipynb, here in Datalore, is that possible anyhow?

Go to your datalore homepage and click on the ‘New Notebook’ drop down menu on the left.You should be able to either upload a local .ipynb, .datalore file or provide an URL of your desired notebook file.

, where I didn’t find this upload option…

Sure, happy to help

, where I didn’t find this upload option…

In fact, it might be useful to have the “Upload” option there as well – we’ll discuss it with the team. Thanks for the question!

In case anyone else makes my mistake (which seems very stupid in retrospect), I was trying to import my notebooks from within the notebook viewer (under attached files, under both “notebook” and “workspace”), rather than the homepage, and the files would open as an unformatted .json blob (I think it’s .json, at least).

I’m pretty sure this was where @rcspereira was as well, if they were looking at a “File” drop-down… but I thought it could be useful for other noobs like me to spell out that the notebook viewer is a different environment (if that’s the right word) to the home page 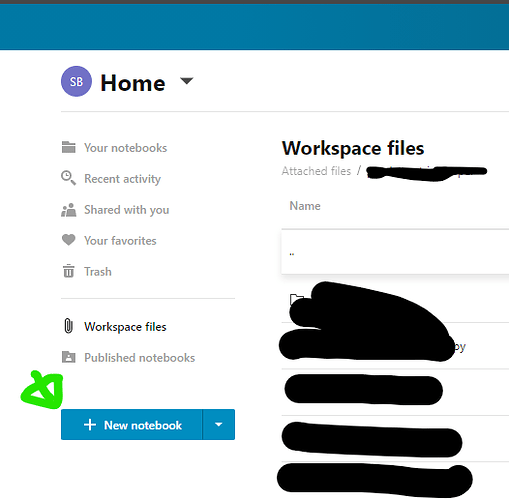 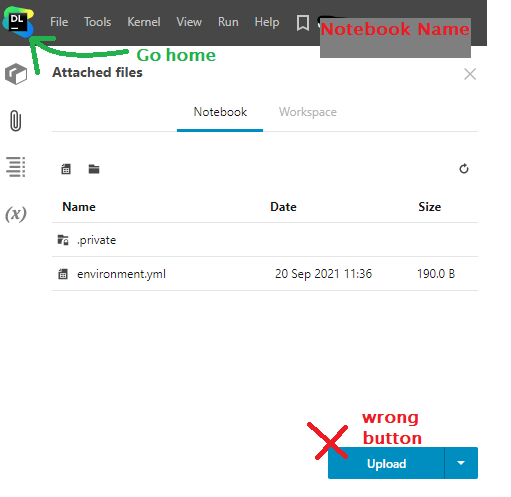 ^ where you’re not meant to be

@syllybelle, thanks for sharing your experience! We’re currently working on the new implementation of the “Upload files” side panel, hopefully it will be more convenient to use – eventually will gather all the data sources related to the notebook. I also updated the request to add the “Import notebook” option to the File menu, so it would be easier to do so from the Notebook view.